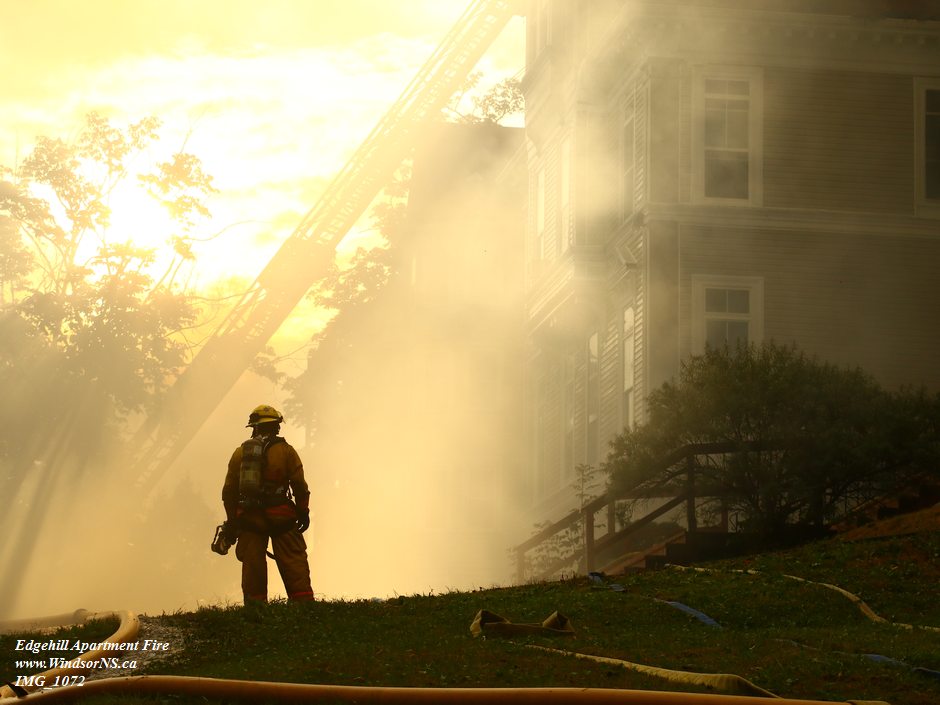 Thursday afternoon in the middle of a much need downpour of rain the loudest bang of thunder followed a streak of lightening that hit the upright spire of the Edgehill girls school in Windsor NS.

Almost immediately thereafter the sounds of fire engine sirens began cutting through the din of the pounding rain. As they raced to the site the sirens whined into the night. Water support was drawn from the lake and transported to the seemingly unstoppable fire that kept the fire fighters on-site throughout the night.

Founded in 1891 as a private school for girls the property had been converted to apartments in 1976 following the merger of Edgehill with Kings Collegiate School for boys which had been founded just over 100 years earlier in 1788.  It’s estimated some 75 people representing about 40 families are now in search of alternative residence.