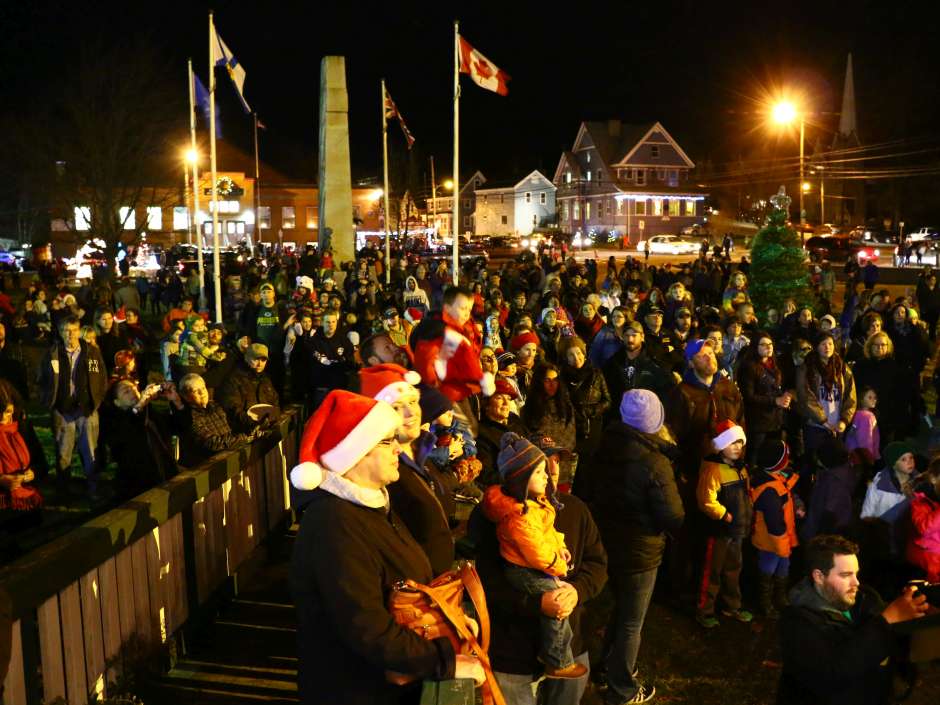 Nov 27, 2015 Windsor NS, The Town of Windsor was host to its annual Santa Parade and Tree Lighting Ceremony on Friday evening in Windsor’s downtown core.  The events of the night began with casual a hot chocolate reception hosted by Windsor Home Hardware and Windsor Home Furnishings.  Once the parade participants were all ready for their evening trek, they proceeded from the Fort Edward mall parking lot, along Wentworth Road to O’Brien St and then through Gerrish St to Windsor downtown merchant area.

Immediately following the parade the crowd of 1,000+ gathered in Victoria Park to have Santa lead them in the annual Christmas Pledge. Officially the Christmas season was welcomed in by Town Crier Lloyd Smith following which the countdown began for the lighting of the Town’s trees. As was noted by many, this appeared to be the largest crowd ever for this event.
2015 Santa Parade and Tree Lighting Ceremony